She Was A Teller Of Truth

With the death of Adrienne Rich women lost a powerful voice.  Her memory and her voice are blessings. 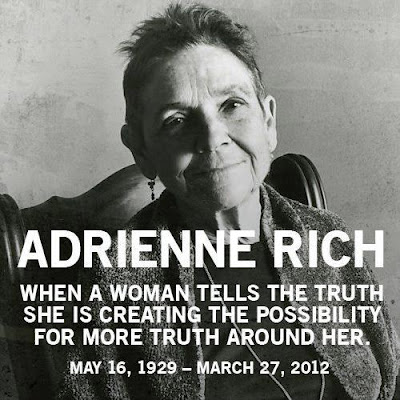 Posted by MaryWalkerBaron at 10:36 AM No comments:

A New Country With New Wonders

If you've noticed (and even if you haven't) I only ever quote a handful of people here, all of them reflecting emotions I hope to emulate or ideas I aspire to incorporate. Niko is easily the most often quoted, as he is my mentor when it comes to nurturing a carpe diem attitude. Next in line is Rabindranath Tagore, whose life and works I've described before. Last night, I pulled "Gitanjali" from the stack on my nightstand, and this was the first thing I read, "When old words die out on the tongue, new melodies break forth from the heart; and where the old tracks are lost, new country is revealed with its wonders."

Posted by Michael Walker's FaceBook Friend - With His Permission at 3:36 PM No comments:

The obituary page of the Los Angeles Times has a column called "Passings" in which it notes the deaths of notables not quite notable enough to warrant an obituary column. Today's paper had only two entries and they complemented one another quite nicely.

Murray Lender died at the age of 81, having achieved fame for developing the eponymous Lender's Bagels, the first packaged bagel in the United States. Many Americans who would never otherwise have seen a bagel were introduced to this baked treat through his work.

Although his name is less well known, Samuel Glazer died at the age of 89. Mr. Glazer invented the Mr. Coffee, the first American drip coffee maker designed for use in the home.

Memorial services will be held Saturday and Sunday morning this week in millions of homes throughout the country, accompanied by cream cheese and lox and milk and sugar. Feel free to hold one for yourselves.
Posted by Leslie at 1:46 PM No comments:

It All Adds Up

Well, proving once again that he may not have his mind 100% on improving his water polo skills, after spending an hour and a half in the water tonight, Niko's first comment to me after wards was, "I think I'm the only one who can throw the ball with both hands, but I'm completely certain that no one else knows how many minutes all six Star Wars movies are all together!"

Posted by Michael Walker's FaceBook Friend - With His Permission at 9:08 PM No comments:

Life, indeed, is too short to not go all out full speed ahead. 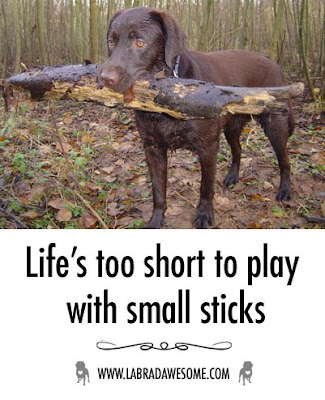 Posted by MaryWalkerBaron at 7:21 PM No comments:

Want to be loved? Get a dog!

They say that having a pet can significantly increase your life if not the length of your days then certainly the quality of those days.  Dogs love unconditionally.  If you don't have one, rescue one. 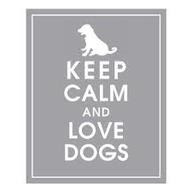 Posted by MaryWalkerBaron at 7:35 AM No comments:

Don't Just Do Something. Sit There.

A novice therapist came to me today with a concern.  "All I do is sit and listen to my client," she said.  "I feel like I should be doing something."
"You are doing something," I replied.
"What?" she asked.
"You are sitting and listening to your client," I replied.
She looked confused.
Finally she walked away.
I wonder if she will be back tomorrow.
Hmmm.
Posted by MaryWalkerBaron at 9:17 PM No comments:

Talking Points, So To Speak

Well, it was just a matter of time until one of us either cracked or ascended to greatness. It's raining out, so we've been stuck in the house all day. Niko was playing in his room just a bit ago, then came to my room and asked what an 'inanimate object' is. I thought I did an ok job of explaining it. But, a short time later I heard, "Why do you talk to inanimate objects?" "What are you talking about? I don't do that!" "Yes you do. You're talking to me, and I'm your new pair of shoes." "Well, if you can talk, then you're not an inanimate object." "Good point."

Posted by Michael Walker's FaceBook Friend - With His Permission at 5:42 PM No comments:

Every Day Is Boss's Day

In a clever, if obvious, ploy to gain favor, one of my part-timers has just delivered a Grande Americano (to a grande americano, it's just occurred to me) upon her arrival. Unless the other one shows up with donuts, I will be expecting her letter of resignation by lunchtime.

Posted by Michael Walker's FaceBook Friend - With His Permission at 8:44 PM No comments:

Nice to see the Nephew's Name on a Marquee 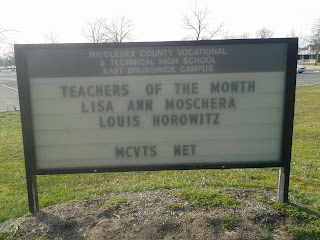 We already knew our nephew was a great teacher, but it's nice to know that the high school where he teaches knows it, too. Congratulations, Luke!
Posted by Leslie at 9:46 PM No comments:

What controls aging? Biochemist Cynthia Kenyon has found a simple genetic mutation that can double the lifespan of a simple worm, C. elegans. The lessons from that discovery, and others, are pointing to how we might one day significantly extend youthful human life.

Posted by MaryWalkerBaron at 8:38 PM No comments:

How Much Is Mundane Squared?

Everything I know about loading a dish washer I learned from watching episodes of the soon to be defunct television program 'House'.  Wilson, faithful friend  of Gregory House MD is a bit obsessive and almost destroys a relationship with a woman he hoped to marry (or remarry as the plot unfolded) by insisting that she put large items such as pots and salad bowls on the top rack because if they are on the bottom rack they block the water from reaching the top rack. Darned if he wasn't right.  So now every time I load the dish washer I think of James Wilson MD and the episodes of House I really enjoyed.  And that, folks, is how I sometimes turn a mundane task into - well - and even more mundane task.
Posted by MaryWalkerBaron at 7:40 AM No comments:

The message of the Trevor Project is 'Hang in there.  It gets better.'  This message is designed to keep LGBT teenagers alive until they discover that life is, indeed, worth living.


Posted by MaryWalkerBaron at 9:40 PM No comments:

Or Longer Days Are Here

And so the twice yearly confusion sets in.  What time is it, anyway.  Are we an hour earlier or an hour later than we were this time yesterday.  Also, why do we do this twice yearly thing with the time.  There will still be approximately twenty-four hours in each day except for those long days at work when there are actually twenty-six hours and then, of course, the extra hours are then deducted from weekend off work time or vacations when we're relaxed and happy and then suddenly look at the clock/calendar and say how did the time go so fast.
Now we know how it goes so fast.
Posted by MaryWalkerBaron at 9:15 PM No comments:

While I usually agree with those of you who've said you can't wait until the boy has a facebook page of his own (during breakfast, listening to "Horse With No Name" on the radio, he said, "That seems like a pretty easy problem to fix."), we have to be careful what we wish for. Having watched "Crocodile Dundee" for the first time last night, for the last 30 minutes he's been wandering around the house, pointing to random objects and declaring, "That's not a knife." It's gonna be a long day.

Posted by Michael Walker's FaceBook Friend - With His Permission at 9:10 PM No comments:

If you've built at least a portion of your professional reputation on being "that funny guy from downstairs," and you step into the elevator, see that one of the judges is holding food from the cafe and ask, "Did you bring enough for everyone?" Make sure you haven't accidentally given him an opportunity to ask, "Did you know your fly is down?" Because, man, nobody's even going to remember your joke. - by Michael Walker

Posted by Michael Walker's FaceBook Friend - With His Permission at 10:01 AM No comments:

About Time For Spring Cleaning 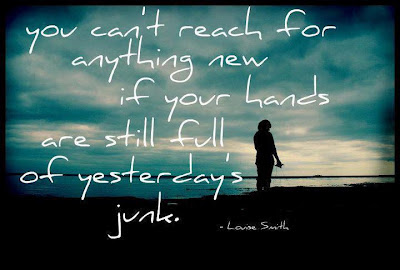 Posted by MaryWalkerBaron at 2:19 PM No comments:

A decade ago, on the rare occasion that I might see the phrase "We've changed our privacy policy," I would dissect that document with a magnifying glass, a highlighter, and a pile of sticky notes. However, I've noticed that when I see the same phrase these days, I just shrug and assume they already have pictures of me hanging in their bathroom stalls. - by Michael Walker

Posted by Michael Walker's FaceBook Friend - With His Permission at 9:21 PM No comments:

As the men brokering their power positions forge ahead in the quest to remove all reproductive rights from women they need to remember the coat hangers.  When all contraceptive devices are no longer accessible to women and when abortion has returned to the back alley butcher shops they will surely remember to make the purchase and/or use of coat hangers illegal.
Posted by MaryWalkerBaron at 9:06 PM No comments: