No More Happiness At Rita's

Rita's Ice Custard Happiness has stopped serving her Ice Custard Happiness.  She says it's because of an egg shortage.  I think it's because Rita has finally acknowledged that we can neither buy nor sell happiness.  We have to find it on our own.  Probably someone sued Rita for false advertising.  I once visited a Rita Venue on Route 35.  I ordered Happiness and then I picked up what I presumed would be Happiness.  Come to find out it was just Ice Custard.  Boy!  I felt pretty sad about that, I gotta tell you.
So, I'm not surprised that Rita has stopped trying to sell Happiness.  I'm still confused about why Rita no longer sells Ice Custard, though.
Life can be pretty complicated. 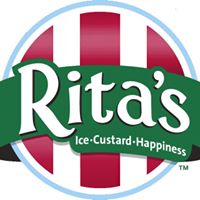 Posted by MaryWalkerBaron at 8:19 AM No comments:

I don't use that expression very often and, in fact, I may never have used it.  Had I considered at any point using that expression, I probably would have thought it had something to do with fox hunting and with that background would have chosen to not use it at all.  Let's get to the point seems more direct and simple and not weighted down with cruelty to animals issues.  Come to find out, though, the expression has nothing to do with fox hunting but instead harkens back to the days of silent movies which generally included some sort of chase as the highlight of the film.  When things threatened to bog down, the common wisdom was to forget the details and just cut to the chase scene.  I love movies.  I'm not so fond of hunting.  I think with this new understanding I can now say with greater emotional comfort, "Let's just cut to the chase here." 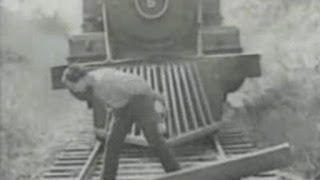 Posted by MaryWalkerBaron at 6:17 AM No comments:

I'm Back In The Saddle Again

Talk about biting off more than you can chew.  A couple of weeks ago in the Lake Eland Game Reserve in KwaZulu-Natal, South Africa, a python ate a porcupine.  Yep.  You read correctly.  The python ate the entire porcupine.  The porcupine, before it became dinner, weighed over thirty pounds.  The size of the porcupine wasn't the problem, according to park rangers.  Pythons can eat animals weighing up to fifty pounds.  Apparently this isn't the first time a snake has eaten a porcupine as evidenced by a 2003 study entitled:  "Prickly food: snakes preying upon porcupines."  As a result of that study we now know that the quills of the porcupine aren't easily digested by much of any thing.  Seriously, did we need a study to tell us that?  At any rate, this particular snake that ate the porcupine died.  However, the cause of death has not yet been determined.  It could have been the porcupine quills and the snake's impossible task of digesting them.  Or it could have been that the snake, in some sort of post porcupine eating stupor, fell off of a cliff.  Based on these sketchy findings my advice is that if you happen to be a snake (and yes a lot of snakes will be reading this) don't fall off of a cliff after eating a porcupine.  Come to think of it, that's good advice for anyone.

Posted by MaryWalkerBaron at 4:11 PM No comments:

Let's Go Out For Ice Cream

Here in New Jersey ice cream matters.  The winters are long and cold.  We celebrate summer.  Part of that celebration dictates that we go out for ice cream.  Going out for ice cream is much more than walking down the street to a '31Flavors'.  Going out for ice cream can involve driving to other cities and waiting in long lines.  We not talking just ice cream, mind you.  We're talking Italian ices and ice custards and soft serves.  Only a few ice cream or other frozen delight vendors stay open during the winter.  This is all new to me and I'm loving it. 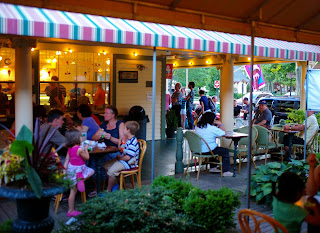 Posted by MaryWalkerBaron at 5:38 PM No comments:


This week’s Torah portion, Pinchas, (Num. 25:10 – 30:1) shows us God’s decisions in two different episodes in the wilderness.   The first is one of the most disturbing and painful passages in Torah, and the second is one of the most forward thinking and hopeful.

At the outset of the portion, Israelite men are consorting with foreign women and worshiping their idols.  Pinchas, the presumptive high priest, deals with the most blatant of these occurrences by taking up his spear and killing the offenders in the sight of the entire community.  God appears to approve of Pinchas’ action; ending the plague that had been afflicting the Israelites, and granting him God’s covenant of peace and promise of the priesthood to his descendants through all time.  After all the laws the Torah has prescribed for Pinchas could serve as the model for every act of violence committed in the name of religious purity from that time on.

Later in the Torah portion, five women, the daughters of a man named Zelophehad, come to Moses with a cause. The Israelite inheritance laws contain a flaw, they contend.  Their father died without having any sons, and they ought to inherit his portion, rather than have it go to strangers.  Moses takes the matter to God, Who confirms that the case of the daughters is just, and they should receive their father’s holding.

So we have a case of a person in power acting with egregious rashness and receiving God’s blessing for his act, followed by the inherent fairness of allowing the daughters of a man who had no sons to receive his property and carry on his name. Like life, the Torah presents contradictions and conundrums, and we must accept it as it is, wrestle with it and try to make sense of it all.
Posted by Leslie at 5:05 PM No comments:


This week’s Torah portion, Balak, (Num. 22:2 – 25:9) tells how King Balak of Moab, fearing that the Israelites have grown too numerous and are a threat to his people, deals with them.  He hires Balaam, a prophet of Midian, to curse the people Israel.  Balaam at first declines the job, having heard directly from God that this is a blessed people.  But when Balak sends delegations of important Moabites and promises of great rewards, Balaam weakens.  God speaks to him once again, saying that he may go if he chooses, but the only words he will be able to speak are those which God puts in his mouth.

When Balak and Balaam arrive at the chosen spot, overlooking the Israelite camp, Balaam opens his mouth to curse Israel, but only words of blessing come from his mouth.  Balak thinks perhaps there is something wrong with where they are standing and moves them twice, but still, all Balaam can do is bless Israel.

A note in the Etz Hayim Torah Commentary, attributed to Beit Ramah, wonders why, if “he whom you [Balaam] bless is blessed indeed, and he whom you curse is cursed” (Num. 22:7) Balak did not hire Balaam to bless his own people instead of cursing Israel.  Because, the commentary reasons, he was so consumed by hatred that he forgot about his people’s needs and could think only about hurting his enemy.  Hatred does indeed make us stupid, and works against our own best interests.  Let us not depend on God to changes curses to blessings, but do it ourselves.
Posted by Leslie at 1:51 PM No comments: