I Ate Lunch With History 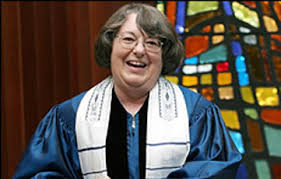 I recently had lunch with Rabbi Sally Priesand.  Rabbi Priesand was the first woman ever to be ordained by any Jewish seminary.  And there I was eating lunch with history.   By the time she was sixteen years old this teenager decided that she wanted to become a rabbi.  When she was still in high school she applied for admission to Hebrew Union College in Cincinnati. The letter she received from the College did not deter the determined high school student: "We are pleased to learn of your interest in our college. ... Since you state in your letter that your interests lean specifically to the rabbinate, we would have to inform you candidly that we do not know what opportunities exist for women in the active rabbinate, since we have, as yet, not ordained any women."
Rabbi Priesand is soft spoken.  I asked her if she knew as a rabbinic student that she was making history.  She replied that she was well aware of her historical role and added that the College set up many interviews for her.
After her ordination she served first as assistant and then as associate rabbi at Stephen Wise Free Synagogue in New York and later at Monmouth Reform Temple in Tinton Falls, New Jersey.  She was the senior and only rabbi of MRT from 1981 until her retirement in 2006.
She created the path for all future women rabbis.  Without Rabbi Sally Priesand and her determined courage there would be no other woman rabbis.

Posted by MaryWalkerBaron at 11:54 AM